Kevin Wu makes it a Double-Double 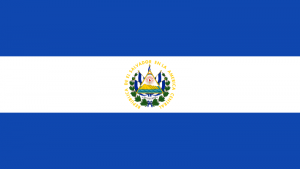 New Zealand’s Kevin Wu has backed up his strong results at the Guatemala Junior & Cadet Open this week in the El Salvador Junior & Cadet Open. Once again Kevin was teamed up with LAI Yi-Yao of Chinese Taipei, as well as Pablo Saragovi of Argentina. The team dominated throughout the competition without dropping a single match! This was the second Junior Boys Team event that Kevin and Yi-Yao had won in as many weeks.

The winning didn’t stop in the Team event for Kevin and Yi-Yao as they paired up again to contest the Junior Boys Doubles event. Despite a scare in the semi final against the Swedish pairing of Vincent Koch and Elias Ranefur which saw them down one game to two, the pair was able to fight back and claim the match, and continue their winning form into the final against Venezuelan’s Daniel Fluenmayor and Jan Medina. This completed a Double-Double for Kevin and LAI Yi-Yao, claiming both the Junior Boys Team Event and Junior Boys Doubles Event at the Guatemala and El Salvador Junior & Cadet Open’s.

In the Junior Boys Singles event, Kevin performed strongly in the group stage without dropping a game, and carried this momentum into the first round of the main draw defeating Colombia’s Daniel Figueroa, the next round saw Kevin lining up against Mexico’s Jose Villa, in a close fought contest, Kevin was unable to get over the line, and lost two games to four.