Bendigo, Australia named as host of ITTF-Oceania Cup for next three years 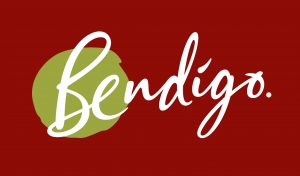 The City of Greater Bendigo in Victoria, Australia has been named as the host of the 2013-2015 ITTF-Oceania Cup & 2014 ITTF-Oceania Championships. In a media announcement made today at the Bendigo & Districts Table Tennis Association, Mayor or Bendigo, Lisa Ruffell made the announcement that International Table Tennis was coming to Bendigo!

Bendigo has been chosen as the host of the prestigious International Table Tennis Federation (ITTF) Oceania Cup and Championships for the next three years with the 2013 ITTF Oceania Cup set to take place at the Bendigo Stadium from June 30 to July 2.

The Oceania Cup is the marquee event of Table Tennis within the Oceania Region and acts as the sole qualifying event for the World Cup. This event features a total prize pool of over $20,000 and brings together the best Table Tennis athletes within the region, including Olympians and Commonwealth Games champions.

ITTF Oceania Development Officer Michael Brown said the ITTF-Oceania Cup is a great opportunity for the Australian public to watch Australia’s and Oceania’s best players compete for the richest prize purse in the region and we are looking forward to continuing to grow this event.

“The ITTF-Oceania Cup features the highest prize money for a table tennis event in the region and this will be backed by increased media coverage through TV broadcast with our partner Fox Sports Australia,” he said.

City of Greater Bendigo Mayor Cr Lisa Ruffell said Bendigo is delighted to host this international event at the Bendigo Stadium which is expected to attract a field of over 40 champion table tennis players to Bendigo next year.

“The City‘s Major Events Unit is working hard to attract events of this calibre to Bendigo and we are looking forward to the many benefits it will provide,” said Cr Ruffell.

Bendigo and District Table Tennis Association President Gary Warnest said over the last few years the ITTF-Oceania Cup has taken on a whole new life and has really become the top Singles Invitational event in the region.

“We are excited and thrilled to be part of bringing the ITTF-Oceania Cup to Bendigo for the next three years. It’s going to provide a fantastic boost for our sport in the region,” he said.