Branka Batinic in High Demand, Next Stop Melbourne and Sydney 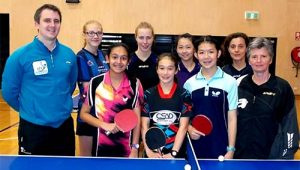 Success at the forthcoming K-Sports 2014 Oceania Cup and Oceania Championships, which will be staged in the Australian city of Bendigo from Thursday 16th April to Monday 21st April, is the goal.

Players are preparing in earnest and one person in particular is very high demand.

Branka Batinic who competed in six World Championships and seven European Championships from 1973 to 1986 and is now the Head Coach of the Eurokids is the expert on whom eyes are focused.