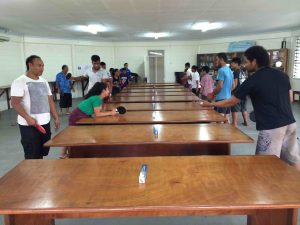 It was the third such visit in recent times; in 2008 Marcus Gustafsson had conducted an Olympic Solidarity supported ITTF Level One Coach Education Course; two years later in 2010, Scott Houston had conducted a similar option.