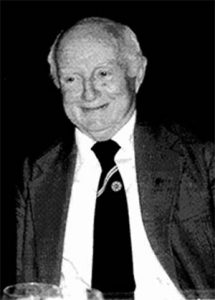 It is with regret that I advise that long time patriarch and Personal Honorary Member of the Oceania Table Tennis Federation, KEITH BOWLER, passed away on the 7th March 2015 in Sydney. I have just been advised by Table Tennis NSW.

Our condolences go to his family. The funeral will be held on the 19th March 2015.

I had the privilege of knowing and working with Keith in the 80’s and 90’s prior to his retirement and we had very good working relationship. He assisted me with his knowledge and experience for which I will be forever grateful. Keith will go down in history as a great Table Tennis administrator and mentor to everyone associated with him over his time in the game.

It is now time to rest Keith and thank you from everyone in Table Tennis throughout the world.