A New Lease of Life in Samoa, Olympic Solidarity Course has Immediate Effect 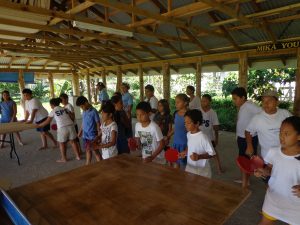 Comprising the two main islands of Upolu and Savai’i, being situated just south of the Equator; Samoa was the destination for Richard McAfee on Friday 15th May. He journeyed to the South Pacific to conduct the first part of a three part Developing a National Sports Structure Course.

Supported by Olympic Solidarity and organized under the auspices of the ITTF Development Programme, the much travelled American was present for some four weeks, concluding his initial stint on Friday 12th June.

He is scheduled to return for a six week period in late July.