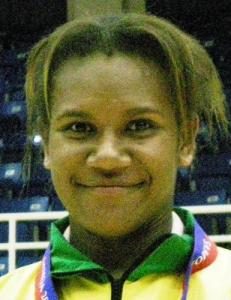 Priscilla Tommy is making a comeback to the Vanuatu table tennis team. The Beijing Olympian and flag bearer has been absent from the table tennis scene for seven years, but is now making a return to the game.

A Pacific Games gold medallist, Tommy has returned just in time for the 2017 Pacific Mini Games which are to be held in Port Vila, Vanuatu in December this year. Originally scheduled for September, Cyclone Pam, one of the worst natural disasters in Vanuatu’s history, delayed the games.

Tommy will be heading to China soon for training with the rest of the Vanuatu team.

Checkout full coverage of the story of Tommy’s return here.