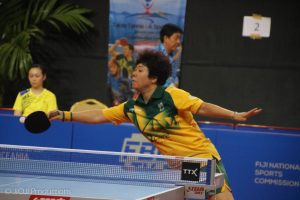 Jian Fang Lay and Heming Hu have secured their places at the 2018 ITTF-Oceania Cup by winning the Australia Senior Top 10 held in Tweed Heads yesterday.

The men’s event contained a number of surprises with David Powell, the 2017 ITTF-Oceania Cup winner, having to make do with a sixth place finish. Meanwhile, Rohan Dhooria was able to take a place on the podium after negotiating his way through the qualification rounds.

Find the full results from the event here.