Team Fiji, comprised of sisters Grace and Sally Yee, has a secured a bronze medal in the Junior Girls’ Team event at the 2017 China Junior & Cadet Open.

Coach Carolyn Lee, while pleased with the place on the podium, sees the win as a stepping stone:

“It was certainly a surprise to win bronze in China, the home of table tennis. While the medal will give the girls increased confidence heading in to future events, it was also a good experience for the team to play against China, the top junior team in the world.”

China and Belarus took gold and silver in the event respectively. 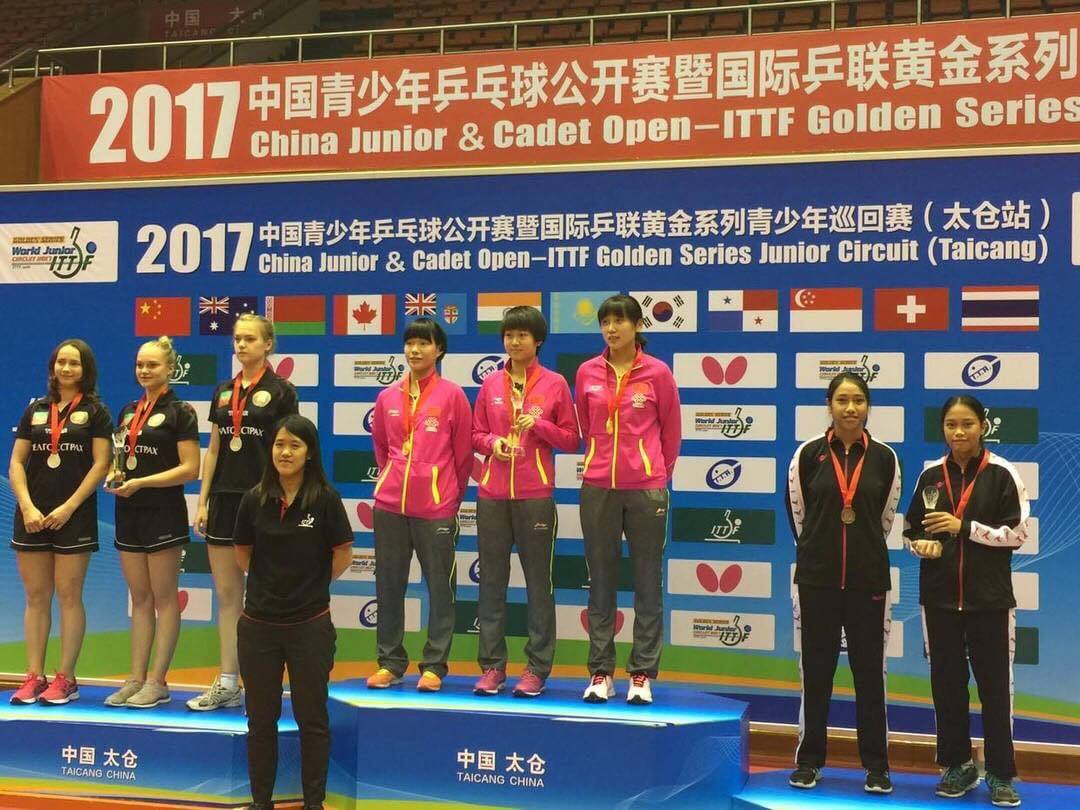 The Australian team of Rohan Dhooria and Bob Liang had a tough time in the Junior Boys’ Team event, unable to get a win on the board.

Their last match proved to be the closest, as the pair put up a fight against the combined Singapore/Kazakhstan team. Dhooria got his first win of the event with a 3-0 victory over Bakdaulet Akimali. But a five game loss in the doubles followed by another five game loss from Dhooria against Bevan Tan meant the Aussies went down 3-1.

Stay tuned for more action from the Oceania athletes as the individual events get underway tomorrow.