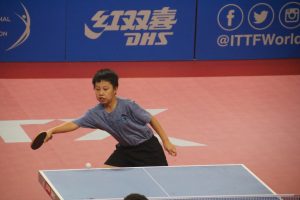 First up on the agenda for the 12 year-old was the China Junior & Cadet Open.

Vicky had clear goals heading in to the tournament. Not just satisfied with competing, he wouldn’t to make some impact on the event.

“I really wanted to win some matches and gain some ranking points during this competition.” – Vicky Wu

Vicky did just that, defeating Supakom Amornvivat (THA) 3-2 and securing a place in the main draw of the Cadet Boy’s Singles. It was a marathon match with Vicky pulling ahead in the final game to win the decider 11-8.

“I was really happy to have won a match; I didn’t expect to qualify for the main draw.” – Vicky Wu 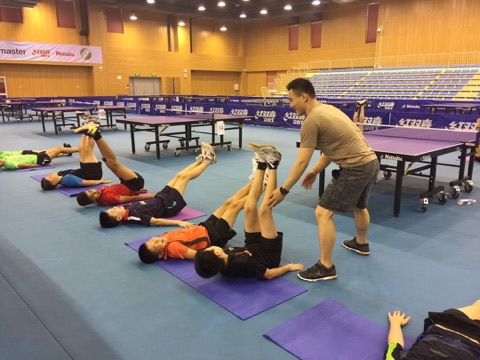 Unfortunately he couldn’t go any further in the draw, but a making it through to the main draw was a big achievement, especially with another three years left in the event.

The camp was comprised of 31 players accompanied by nine coaches, representing 13 national associations, organised by Dejan Papic, ITTF Education and Training Co-ordinator, with players being coached under the direction of former Chinese international FengZhe. 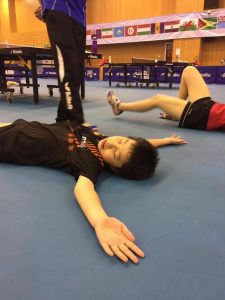 “All players are divided into groups and each group has a coach who is making sure that the exercises fit their style and level. So far we practise three times a day.It is a schedule that we also use with our national team. Using multi-ball training we are getting the needed intensity. I am impressed that most of the camp participants can follow the heavy training load.” Feng Zhe

But table tennis athletes don’t just spend their whole time inside the training hall. Vicky and some of the other Oceania athletes took a day off to take in the sights of Shanghai and even a little bit of karaoke.

Vicky and his teammates are now back home, but we are sure they are putting in to practice what they learnt during their time in China. 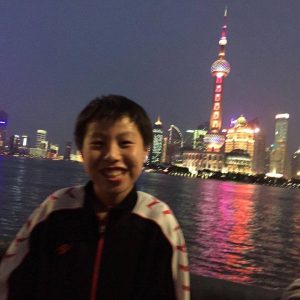