It was a busy schedule for the two Australians competing at the ITTF Hang Seng Hong Kong Junior & Cadet Open. Both Rohan Dhooria and Parleen Kuar were put through their paces with five teams matches between them on the opening day of action.

Dhooria and his international compatriots in the Mixed Team were able to defy their seeding and to finish second in the group and progress to the main draw.

They started the day off with a 3-0 loss to Chinese Taipei A. But they quickly recovered and notched up a 3-1 win over Uzbekistan, with the Aussie contributing a 3-1 win against Islombek Sultonov to the scorecard. And while Dhooria couldn’t get a win on the board against crowd favourites Hong Kong A, the team put up an impressive 3-2 win to secure second place in the group.

The Mixed Team will now play Chinese Taipei B in the quarterfinal stage.

Meanwhile, Parleen Kaur had a tough time on her opening day of action. In the the Mixed Team’s opening encounter against USA A,  Kaur was able to take a game off Lavanya Maruthapandian, the Junior Girls’ Singles winner at the 2017 Australian Junior & Cadet Open. However, the team went down 3-1. In their next game it was a 3-0 loss against home town’s Hong Kong D.

Kaur will now turn her attention to the individual events. 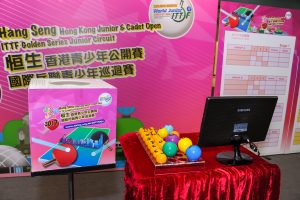