The PNG Open Championships were held from 9-10 September, with a successful turnout across junior, PTT, and Open events.

Top prizes went to Geoffrey Loi and Idau Chris, who took out the Open Men’s and Women’s Singles respectively.

A busy twelve months is ahead for the Oceania region, with numerous international events on the horizon. As such, the tournament didn’t just have podium places up for grabs. The event was also used for selecting athletes for the upcoming Pacific Mini Games, ITTF-Oceania Youth Olympic Qualification Tournament and also towards 2018 Commonwealth Games team selection.

Checkout the full results below, and see what names will be soon headlining PNG’s team on the upcoming international stage. 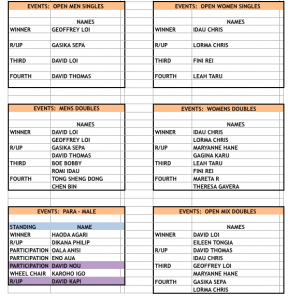 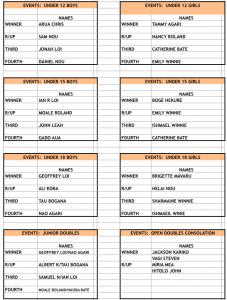