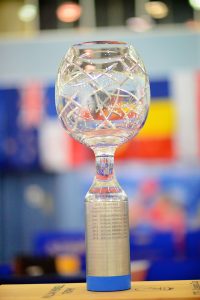 The race is on to qualify for the 2018 ITTF-Oceania Cup.

Just two events, the New Zealand Open and the Pacific Mini Games, are left for the region’s best players to notch up the points to secure their ticket.

In the Women’s List, Jian Fang Lay heads the field and is well out in front. But having already secured her place as Australia’s direct qualifier, it is  Melissa Tapper, who was silver medalist in 2017’s event, that looks on track to secure her place in 2018.

Sibling rivalry is also on the cards as the Yee sisters are neck and neck as the year draws to a close. Grace currently leads Sally, but with the Pacific Mini Games just around the corner, this could easily change before the year is out.

Zhiying Cheng is New Zealand’s direct qualifier, leaving Natalie Paterson and Armindeep Singh fighting for a place in 2018’s event. All eyes will be on the upcoming New Zealand Open which will probably determine who will take the ticket.

Meanwhile, New Caledonia has a trio of players all siting within five points of each other and you could flip a coin to see who will miss out on a ticket.

In the Men’s List, Australia’s David Powell tops the field. With Heming Hu being Australia’s direct qualifier, Powell will be relying on his points to secure his place in 2018 so as to defend his title. With only Chris Yan in contention to catch him, it looks likely that Powell will be going for the double.

With Australia taking the top four positions in the points standings, it’s Vanuatu’s Yoshua Shing next on the list. Shing won bronze in 2017 and seems a sure thing to be heading back to better his result in 2018.

Dean Shu will be New Zealand’s direct qualifier next year, leaving Matthew Ball at No.6 looking on track to make a return after finishing fourth this year in Fiji.

Jade Palavi is Tonga’s leading player after taking first place at the Tonga Open and fifth at the Fiji Open. Meanwhile, Gilles Arnaud from New Caledonia tops his nation on the list, but he should watch his back as Jeremy Dey and Nolann Charles are close behind.