There has been lot of hullabaloo surrounding Team China online, with many claiming they are having a lull in their recent performances on the World Tour. But is it for a good reason?

We are more than one year on from the Rio Olympic Games and and if you peruse the figures, it does look like the Olympic medallists are on a downswing.

Zhang Jike is on the steepest decline. You don’t have to be a statistical genius to spot his steady dip in performance immediately following the 2016 Olympic Games. 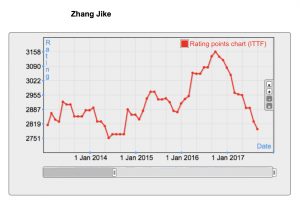 Then there is Xu Xin. The trusted left-handed pengrip player has been having a rough time lately as his ITTF rating slides. 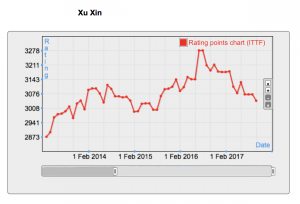 The least noticeable of the Chinese trio is Ma Long. The trend is definitely downwards, but less so than his compatriots. 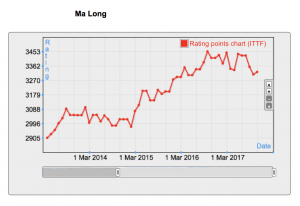 But it’s not just China. Take for example Men’s Singles Bronze Medallist Jun Mizutani. Picking up an individual medal was a career high moment for the star player from Japan. He can rest on his laurels for a while. But he will want to get on top of his downward trend soon. 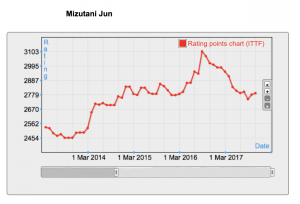 The common element among all these athletes however is that they hit a peak in Rio. A downswing of sorts after the world’s biggest sporting event seems only natural.

But then, for every action there is an equal and opposite reaction. For every downswing there has to be an upswing.

So who is reaping the rewards? 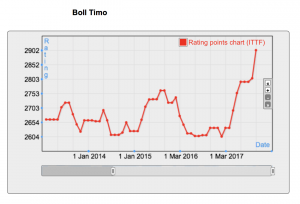