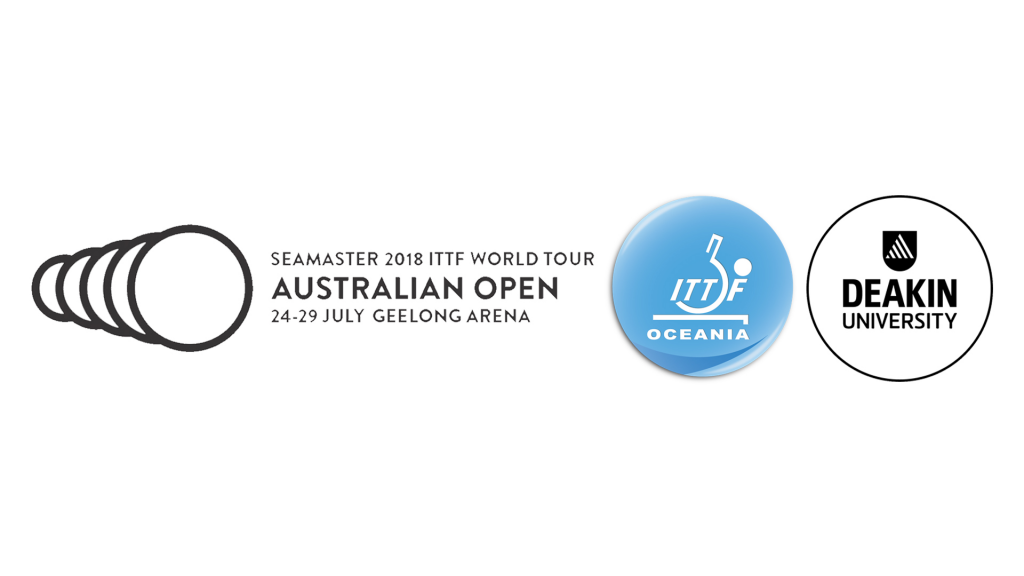 ITTF-Oceania is excited to announce Deakin University as a sponsor of the Seamaster 2018 ITTF World Tour Platinum Australian Open.

The Australian Open of table tennis will see the world’s best athletes descending on Geelong, Victoria from the 24th-29th of July to compete for over $400,000 in prize money.

“Deakin is proud to be involved in bringing the ITTF World Tour Australian Open to Geelong,” Professor Smith said.

“Sporting events such as this show the important role sport plays in the community we serve.

“Our University has worked hard to promote a culture of academic and sporting excellence, as shown by Deakin’s position as world number 1 in the global ranking of sports science departments.” (ARWU Global Ranking of Sport Science Schools and Departments 2017 and 2018)

The new partnership will see the two organisations cooperating towards their likeminded goals.

“Deakin is ranked as the world’s best for sports science and it enjoys an exemplary reputation that fits well with our organisational values of inclusion, excellence, collaboration and transparency.”

Deakin University’s status as having the globe’s number one Sports Science School and Department will be a key asset in advancing their new partnership with ITTF-Oceania.