Dean Shu and Sally Yee have come away with top honours following the ITTF-Oceania Tour | Fiji. Held in FMF Gymnasium, Suva from the 8th-9th September, the event saw competitors from across continent fighting for both titles and points on the ITTF-Oceania Tour Standings.
The Men’s Singles provided an all New Zealand, with tour stalwart Dean Shu and debutant Nathan Xu progressing to the final. Shu was able to uphold his seniority over his younger opponent, winning in straight games 4-0 (6,9,7,7). It was the Kiwi’s first title on the ITTF-Oceania Tour after coming up short in Tonga and Australia.

“It feels great! Fiji has been nice to me. I’m absolutely delighted to finally have a win under my belt on the Tour.” Dean Shu

Shu added a second title to his Fiji haul, teaming up with Nathan Xu to win the Men’s Doubles title against Vanuatu’s Yoshua Shing and Ham Lulu.

In the Women’s Singles the local fans got to enjoy an all Fiji final as Sally Yee held off sister Grace Yee 4-1 (6,-5,8,3,6), to take the title. Sally is so far undefeated on the Tour, after also taking top honours in Tonga.

“It makes me happy to have won the Fiji event. It also has motivated me to train even more and participate in other ITTF-Oceania Tour events. I hope next time there will be more overseas athletes will come to Fiji to make the competition even stronger.” Sally Yee

It was a clean sweep for Yee who partnered up with her sister Grace to win the Women’s Doubles, before taking down the Mixed Doubles title with Australia’s Rohan Dhooria.
The next stop on the ITTF-Oceania Tour will be Tahiti when table tennis takes over Papeete from the 3rd-4th November. 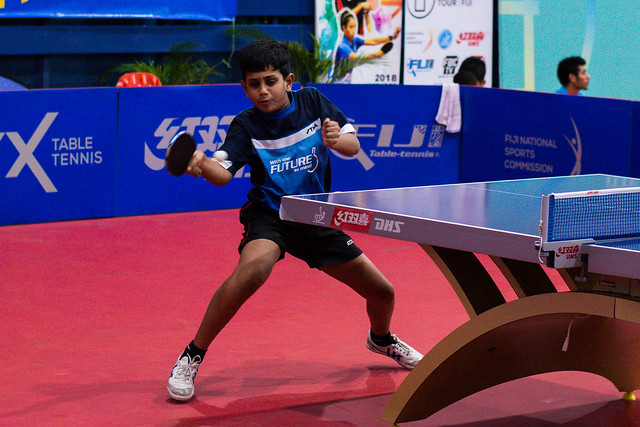