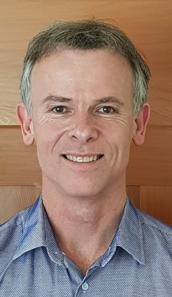 ITTF-Oceania is pleased to announce that Barry Griffiths has been appointed as ITTF-Oceania General Manager. Barry is one of New Zealand’s greatest ever players, winning the New Zealand Men’s Singles crown on 8 occasions, representing New Zealand at the 1988 Olympic Games and claiming more than 50 National Titles across all events and many age groups. Barry, a former Oceania Mens Singles Champion has also trained and competed semi professionally in Japan for a number of years and was also a former assistant national table tennis coach of Australia. Barry is still an active Veterans player. In addition to a decorated playing career, Barry has also established an outstanding professional career in business, bringing more than 25 years experience as a business owner and manager across multiple fields.

ITTF-Oceania President Anthony Ho commented, ‘we’re thrilled to secure Barry’s services for the newly created position of ITTF-Oceania General Manager. The recruitment process was long and we were fortunate that many outstanding candidates applied, but Barry’s well rounded skills from a business and table tennis perspective made him the standout choice. ITTF-Oceania has quickly grown in recent years and we’re ready to go to the next level once again. The ITTF-Oceania Management Committee have full confidence in Barry to lead the organisation forward well into the future’.

In response Barry stated “I am genuinely excited to have the opportunity to contribute to the growth of the great sport of table tennis in the Oceania region and I look forward to meeting players , officials and other stakeholders in the months ahead.”

Barry will be based in Auckland, New Zealand and he will commence work immediately.

Congratulations Barry and welcome to the ITTF-Oceania family.