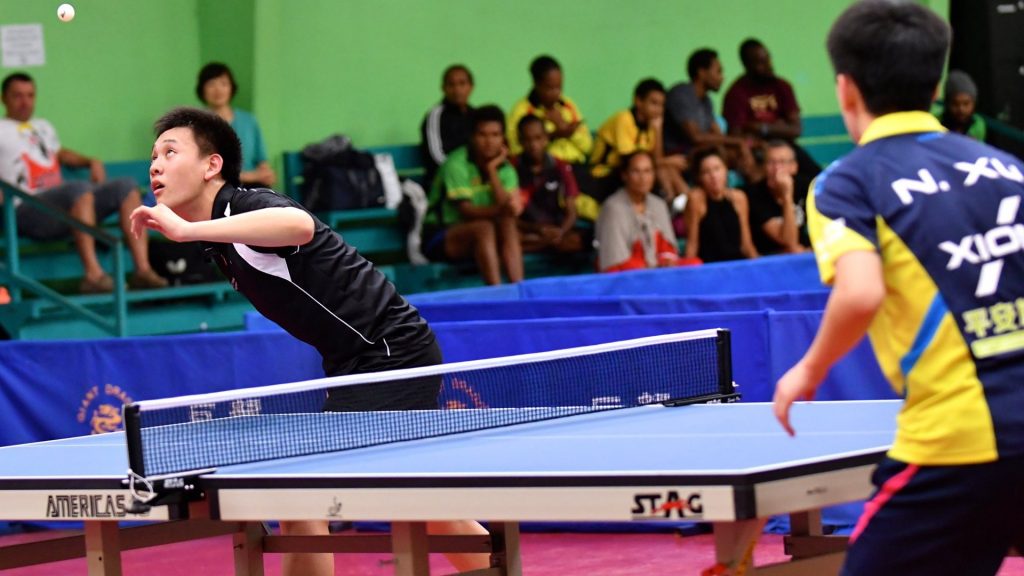 Dean Shu and Priscilla Tommy have come home champions from the ITTF-Oceania Tour | New Caledonia, staged in Noumea over the past two days. The event had the added bonus of being the first 2019 ITTF-Oceania Tour event.

In an all New Zealand affair, the Men’s Singles final was a rematch of the 2018 ITTF-Oceania Tour | Fiji, with Dean Shu facing Nathan Xu in a showdown for the title. In a closely fought match, Shu was able to hold off his teammate and win the Men’s Singles Title 4-3 (6,-7,4,7,-6,-9,4). It was a solid performance from Shu all weekend, who had cruised through his earlier matches without dropping a single set.

Meanwhile earlier in the day, New Caledonian Jeremy Dey caused one of the biggest upsets of the tournament defeating Australian Rohan Dhooira 4-2 to reach the semi finals where he ultimately lost to Nathan Xu.

In the Women’s Singles, Priscilla Tommy of Vanuatu made her first ITTF-Oceania Tour appearance in style, winning the event with a clean sheet. Defeating top seed Solenn Danger in the quarter finals with ease, Tommy went on to defeat Fleur Dumortier 4-0 in the finals to bag 500 points in the race to the 2020 ITTF-Oceania Cup as well as AU$900 in prize money.

Tommy added a second title to her haul, teaming up with Anolyn Lulu to win the Women’s Doubles title against New Caledonian’s Solenn Danger and Fabianna Faehau.

The next stop on the ITTF-Oceania Tour will be Fiji when table tennis takes over Suva from the 7th-8th of September.