2019 Australian Open Launched in the Heart of Geelong 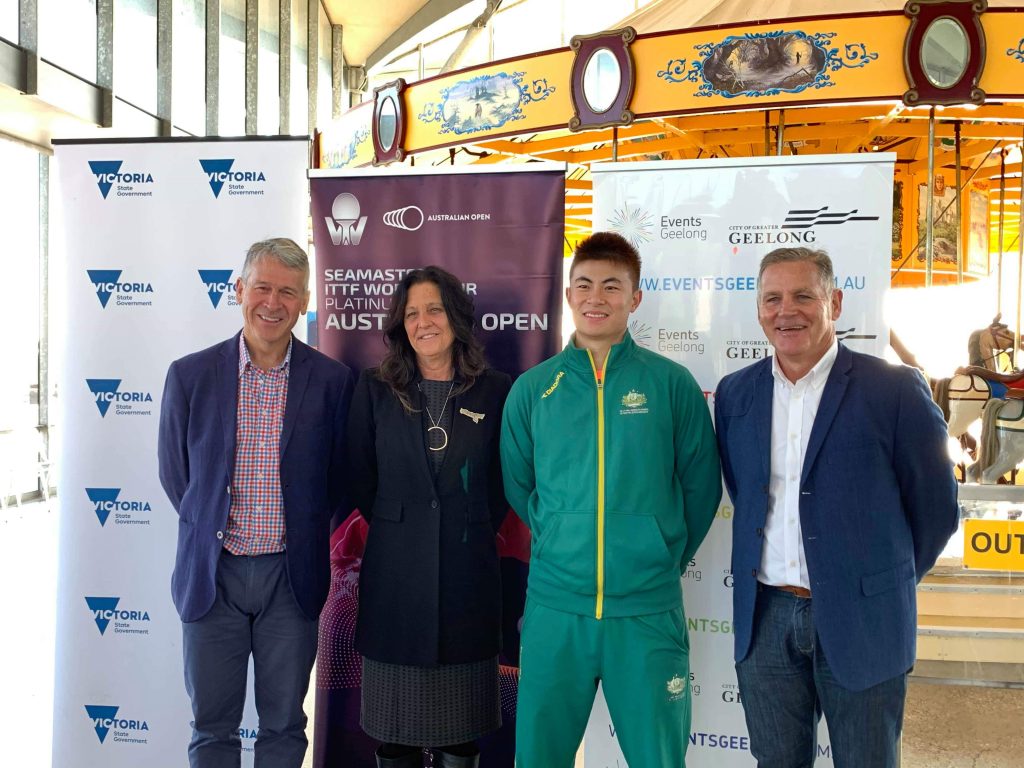 Located in the heart of Geelong, the 2019 Seamaster ITTF World Tour Platinum Australian Open officially launched at the Carousel, a tourist hotspot along the Geelong Waterfront. The Australian Open which commences at the Geelong Arena on Tuesday 9th July is one of six platinum World Tour events and will see over 190 of the world’s best athletes, including World Champion and Olympic gold medalist, Ma Long descend down under to compete for the prestigious titles.

ITTF-Oceania welcomes the renewed support from both the Victorian Government and the City of Greater Geelong. These partnerships are a positive step forward for the Australian Open and will no doubt assist with providing the best possible conditions for the athletes and spectators and showcasing the event to the highest possible standard.

Preparations are underway in Geelong with only 4 days left until competition starts. With a share of over $330,000 USD in prize money on the line, plus precious points as athletes try to qualify for the 2019 World Tour Finals and 2020 Tokyo Olympic Games, the next week will be packed with action.

Don’t miss out on this once in a lifetime opportunity, get your tickets NOW!