Competition kicked off today on the first day of qualifications at the Seamaster 2019 ITTF World Tour Australian Open. The day was filled with surprising wins and upsets, notably the 2017 Australian Open Champion Vladimir Samsonov and the 2017 semi-finalist Simon Gauzy who both departed the draw today. 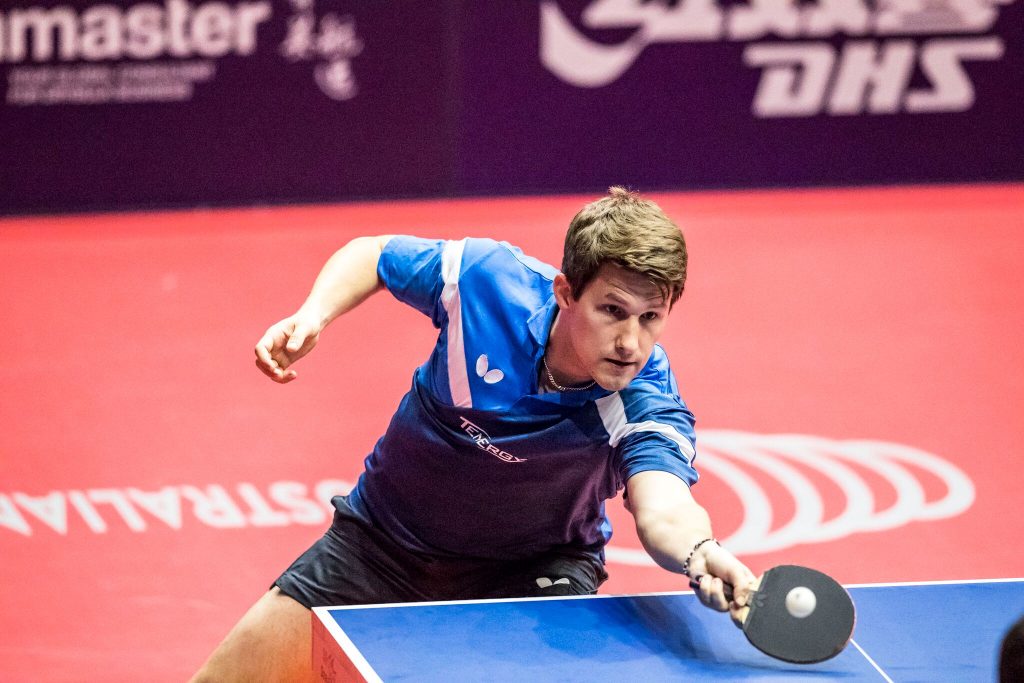 Kristian Karlsson moves ahead 4-0 to the next round (Photo: APAC / Sport Media)

Young star from Korea, Cho Seungmin defeated the table tennis legend and past Australian Open Champion Vladimir Samsanov in an enthralling five sets (9-11, 11-4, 11-8, 11-7, 11-5) having nothing but praise for his opponent.

“I was honoured and nervous to play such a legendary European player. Nobody expected me to win so I thought I would treat this as a learning opportunity. I have always admired my opponent so I was very nervous to play against someone I look up to. I was really nervous in the first set but I lost by 9-11 so I felt the match was doable. I was playing really well and there were some unforced errors from Samsonov, which was lucky for me. It is not easy to qualify for a platinum level event so I want to prepare well for my next match and qualify. My goal is to beat at least one or two seeded players.” Cho Seungmin 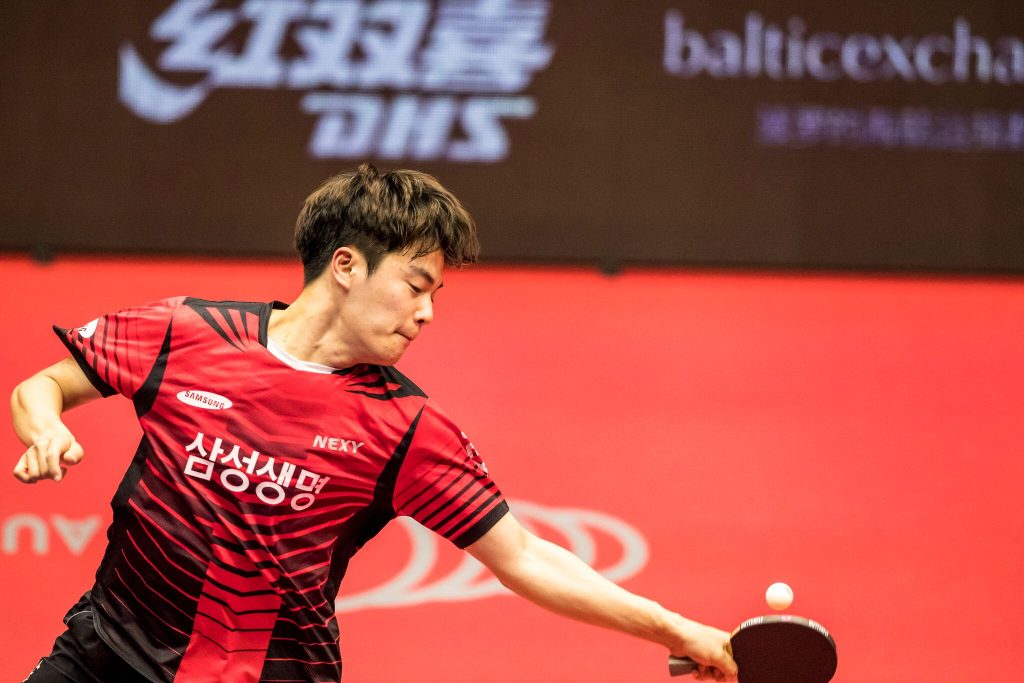 Simon Gauzy from France was eliminated by China’s Zhou Kai who is currently ranked 365 in a thrilling seven setter, capturing the crowd’s attention and ending the night on a high note.

“I tried my best to challenge my opponent because recently he’s been performing quite well. I fought point by point and played some of my best table tennis. Tomorrow will be similar, the main focus is to perform my best and fight for every point and hopefully win some more matches.” Zhou Kai

Competition is already heating up on day 1 of the qualifications!! What do you think was the best point of this match?? #ITTFWorldTour #2019AussieOpen

“It is always hard to play against a Chinese player. He was a young player but he was very strong and consistent. He was powerful and his ball was putting a lot of pressure on me, but I kept my focus, kept playing aggressively and believed in myself. The 3rd game that went 20-18 was the most important and when I got the game, I thought I had a control on the match. In that game I had to keep focus because both of us kept getting scores; I broke him and he broke me and I believed that I needed to keep giving him pressure. I had to be aggressive so that he makes mistakes. I focused on each point and I was in good shape. Australia has always been a lucky place for me, and with my teammate supporting me today, I hope I can go up after this fantastic and very tightening event.” Sathiyan Gnanasekaran 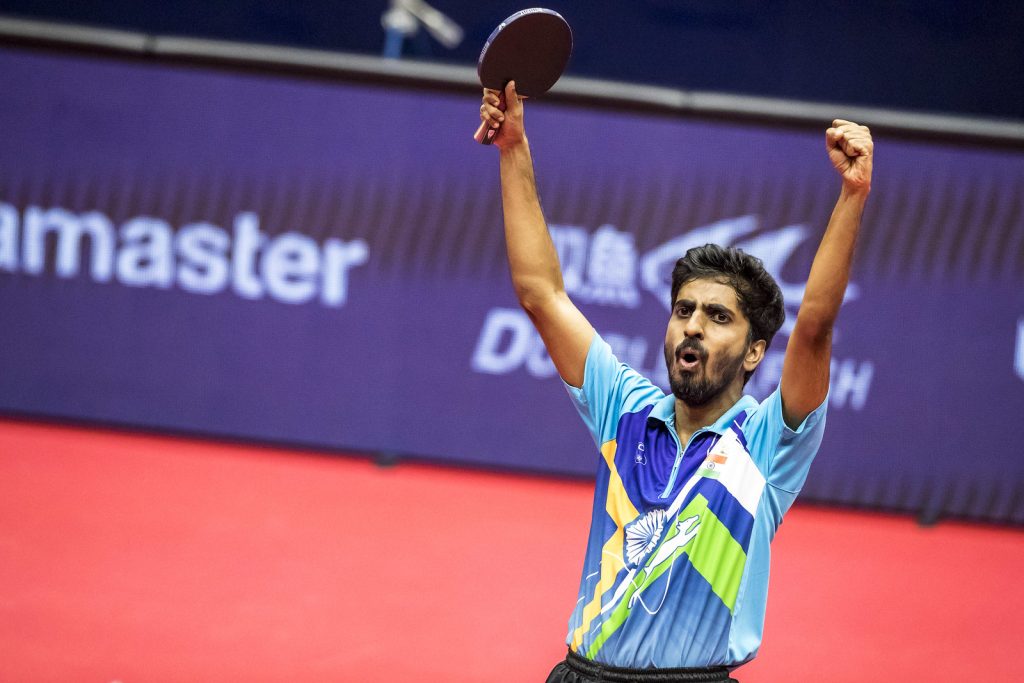 New Zealand’s Dean Shu held the fort for Oceania in the qualifications as the only Oceania player to remain standing after the first round of matches beating Australian Rohan Dhooria 4-0. He later went on to face Indian superstar Achanta Sharath Kamal where he put up a strong battle but was ultimately unsuccessful.

“My body condition wasn’t very well before the match, and I was afraid that I would not be able to play well and lose without giving it my best. Hayata has her share of strengths. She played very well at the beginning of the match, and was only getting better and better, if I hadn’t played more actively and took more initiatives like I did, I might’ve lost. I last played abroad six months ago. I don’t know how far I will go this time, but facing such a strong opponent today will certainly be helpful for my next match.” Li Jiayi 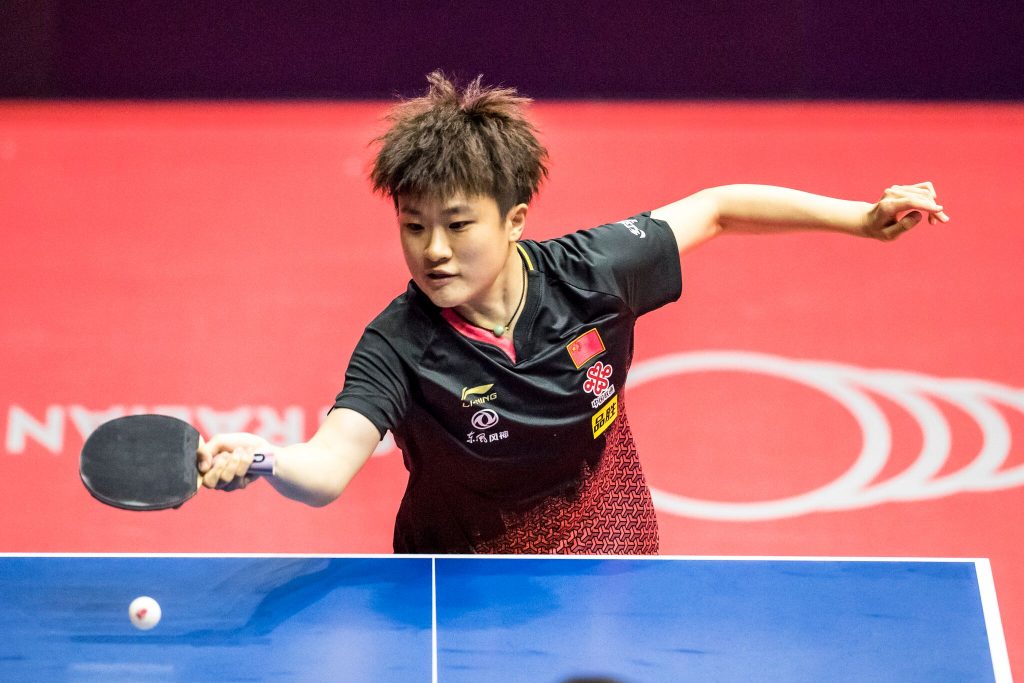 Li Jiayi moves forward to the next round after defeating Hina Hayata (Photo: APAC / Sport Media)

Australian Melissa Tapper challenged her opponent Maria Xiao fiercely putting up a tough fight and kept the Aussie fans captivated but could not prove successful and lost 4-0.

With the qualification matches coming to an end tomorrow and the main event starting on Thursday, the next few days will certainly be packed to the brim with action.

See all the result from day 1 here.

See all the photos from day 1 here.