Qualification comes to an end

The race for positions in the main draw concludes as the first two days of the 2019 ITTF Australian Open have come and gone with players booking their spots in the main event commencing tomorrow. 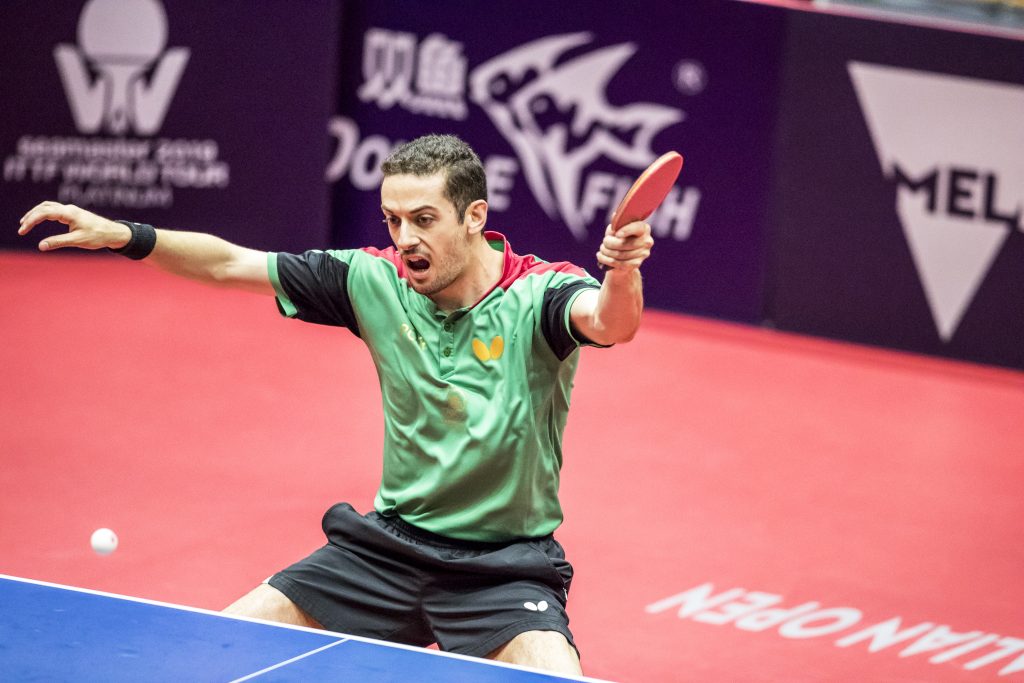 Marcos Freitas is ready for the main draw (Photo by: Owen Hammond)

“It was the first time Min and I played together and we went well. The first set went really well, I think that combination where Min was playing to the French girl really worked for us. The second set was close, we were down 5-9 and we played some good balls and caught up to them and won that set 11-9 and I think that’s what got us through the match. Main draw will be tough but we’ll see how it goes.” Kane Townsend

“The first game was bad and we were not focusing. After that, we played well. We battled hard and we spoke to each other so the communication was there in the match. We tried to fight and got the match. After the match went 2-1, we tried playing in backhand more and it worked well. The opposing players changed the tactics to play in forehand, but since we are not confident in winning shots, we tried to push the ball deeper instead to avoid attacks.” Audrey Zariff

Singapore’s Lin Ye and Yu Mengyu narrowly avoided defeat from Wale’s Charlotte Carey and Australia’s Stephanie Xu Sang. The Singapore pair squeezed through into the main draw 3-2 (11-8, 11-4, 4-11, 9-11, 11-9) and will be meeting Taipei’s Chen Szu-Yu and Cheng Hsien-Tzu tomorrow in the main draw. 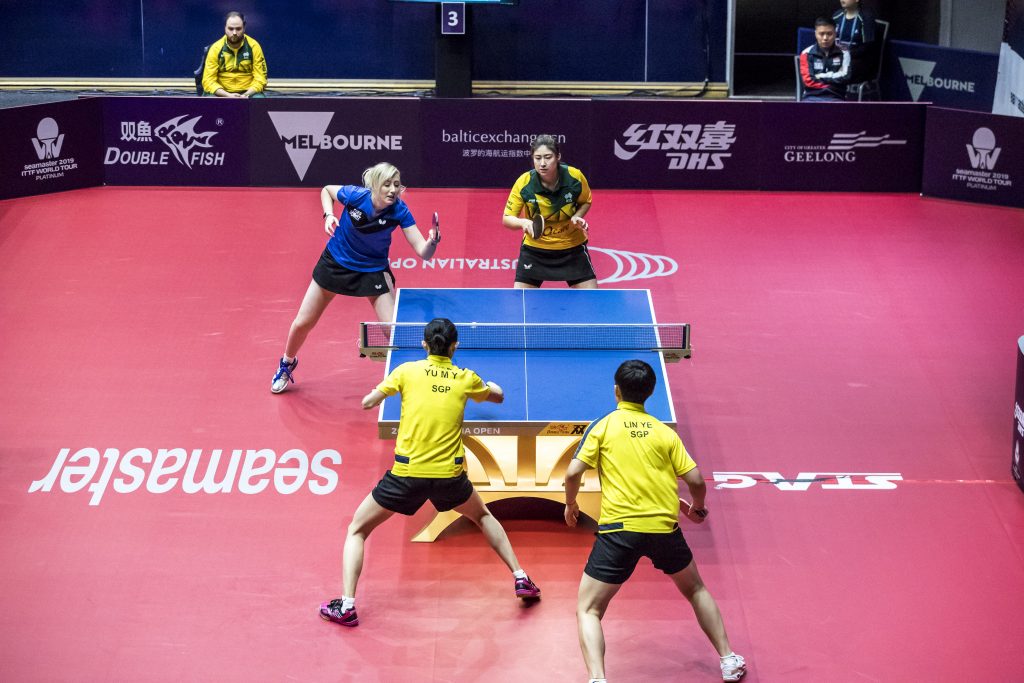 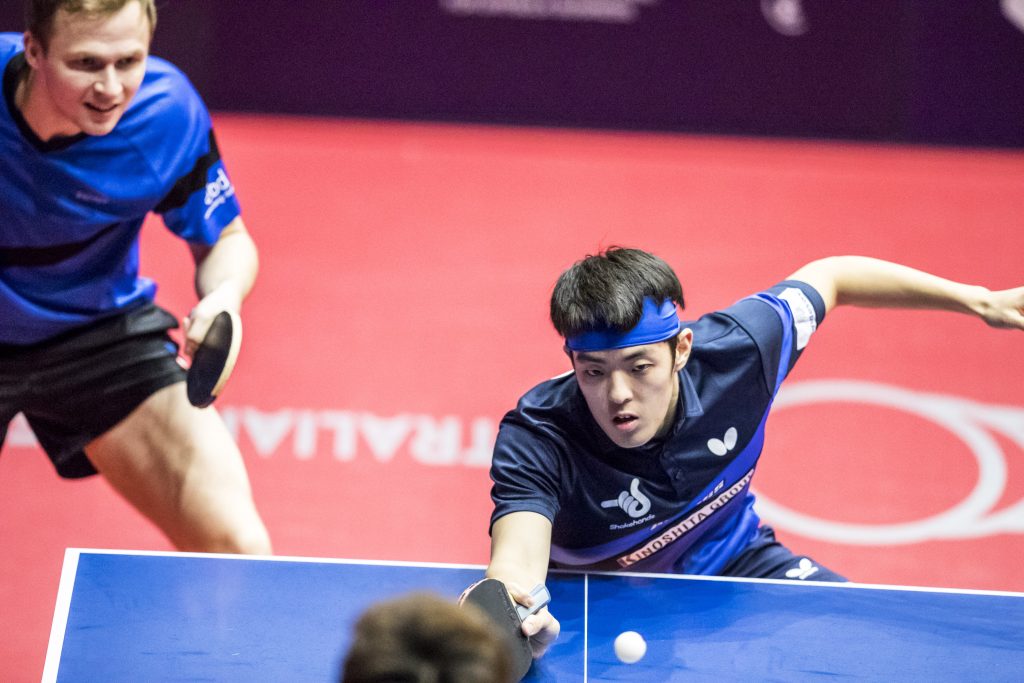 Spanish star Maria Xiao could not replicate her earlier success on day 1 of qualifications and had to settle for an early exit after putting up a hard battle against China’s Liu Weishan. After an initially rocky start, Liu was at the top of her game, winning 4-2.

“As a young chinese player, this is my second time representing China at a World Tour. My first one was in Korea last week. During the match, I had a bit of trouble in the second set with Maria’s service after she changed her tactics. I did not feel very comfortable and lost the second set. My coach told me to slow down my game and focus more on the ball. I got my confidence back and won the match and now through to the main draw.” Liu Weishan 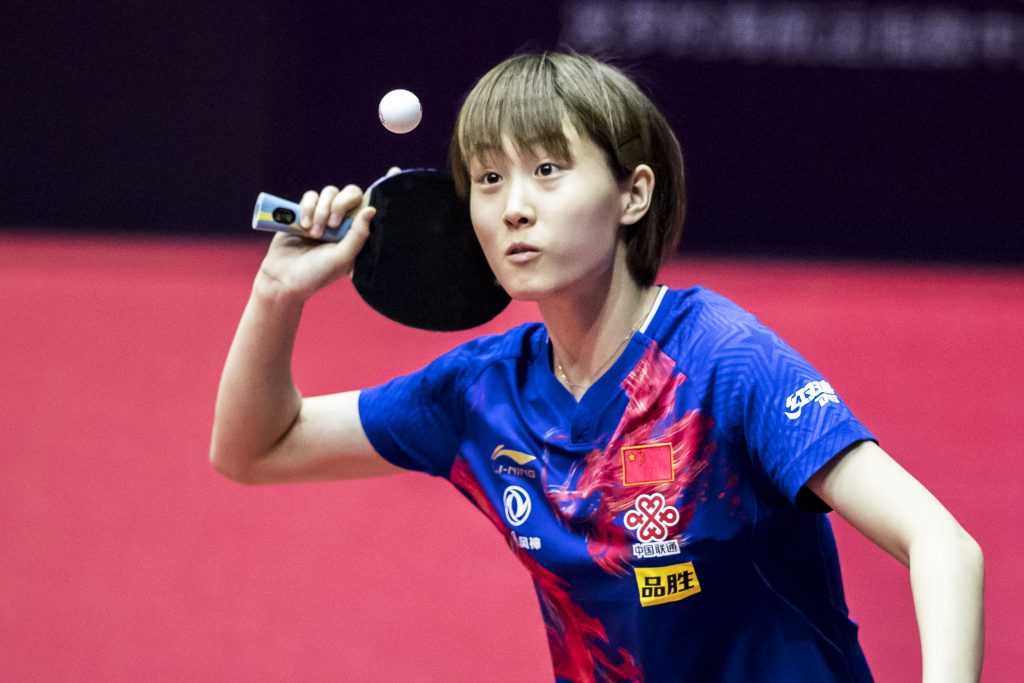 Liu Wieshan has her eyes on the ball (Photo by: Owen Hammond)

“I played her twice in the Japanese league, and I lost both of them even though I was leading in these matches. But I did not feel I was entirely inferior in the past matches, so I had the determination to win this time.” Shiho Matsudaira

“I’m extremely happy. It’s been a while since I defeated a Chinese player at this level. Also I came from European games that happened two weeks ago and I was in a really good shape, but I was also mentally exhausted because of the long travel from Denmark. So tried to keep my head into this match. Xue is an extremely strong player in both forehand and backhand, but his backhand was especially good so I tried not placing the ball to his backhand too much. Also, when he initiates attack I had no chance, so I tried to become the first one to attack.” Jonathan Groth

There will be no spot in the main draw for India’s top seeds Sathiyan Gnanasekaran and Achanta Sharath Kamal.

Wang Yang from Slovakia powered through Gnanasekaran in straight sets. The chopper stayed calm and collected as he cruised through to the main draw, ready to face Korean Lee Sangsu. 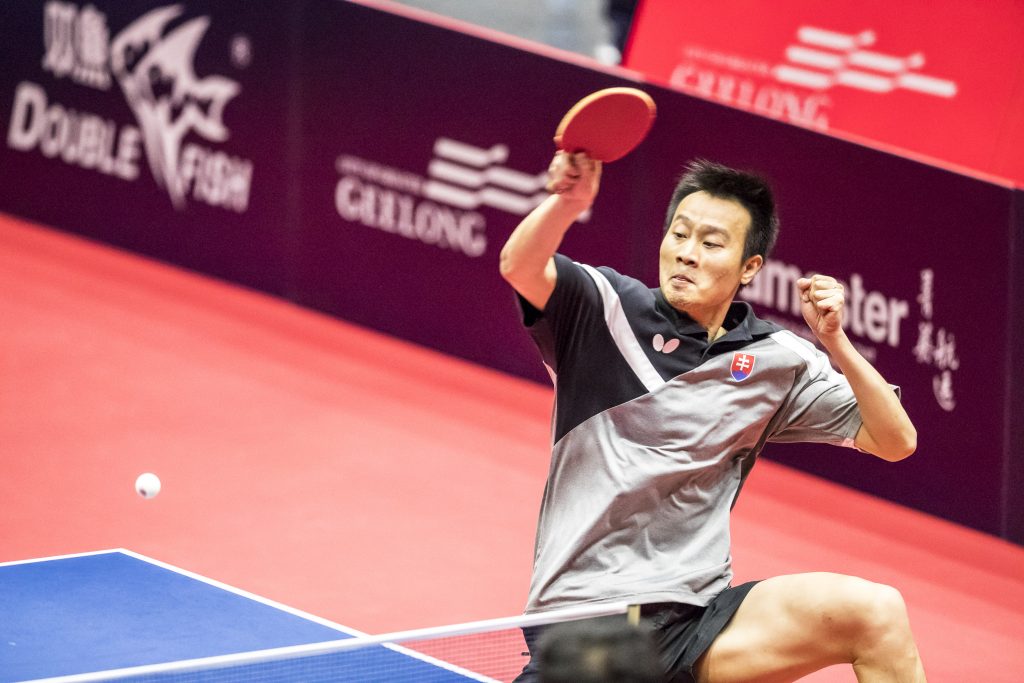 Wang Yang overpowers opponent to book his place in the main draw (Photo by: Owen Hammond)

“I am so happy that I have won this match as this is my first time qualifying for the main draw at a platinum level event. I had a strong opponent today. Before the match, I knew that I would play against a strong player so I thought I will take this match as a learning opportunity. I won the first set, but then lost 2 sets. I tried to follow the advice from coach during the game when I was under pressure as I am young and don’t have much experience in this kind of big event. I was able to win 3 sets in a row afterwards and won this match with the support from my coach LEE Jeoungwoo.” Cho Daeseong

With all places in the main draw decided, Geelong Arena is bound to see history being made in the next few days.

Get your tickets here!