The campaign for athletes from Oceania at the Seamaster 2019 ITTF World Tour Platinum Australian Open has come to end today at Geelong Arena. Australian Double pairs Melissa Tapper/Heming Hu and Jian Fang Lay/Minhyung Jee were the last players standing, playing in the quarter-finals for the Mixed Doubles and Women’s doubles respectively. Both pairs put on a tough battle but were ultimately unsuccessful in their endeavours. However, many Oceania athletes challenged the traditional powerhouses of table tennis in this year’s Australia Open. 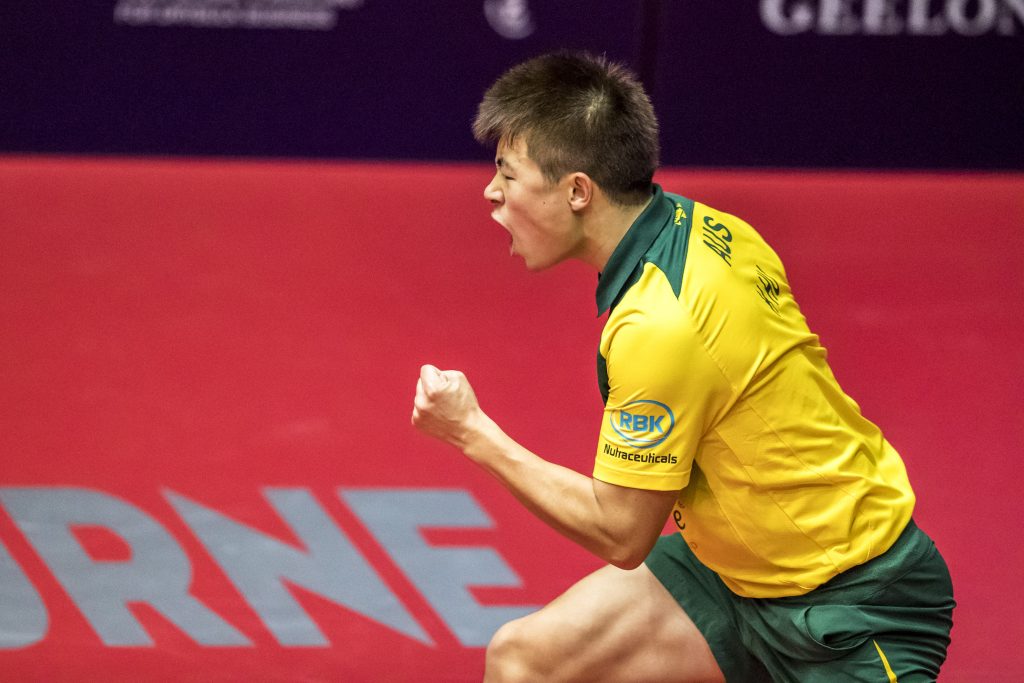 In the Men’s Singles, New Zealand’s Dean Shu was the only Oceania athlete to win in the first round of the qualifications, successfully launching his campaign against Australian Rohan Dhooria who he beat in straight sets. He later went on to face India’s Achanta Sharath Kamal where he put up a strong battle but would not keep up the veteran player.

Australian Heming Hu fought tooth and nail against world no. 30 Marcos Freitas in the main draw of the Men’s Singles but the Portuguese star proved too strong for the young Australian.

Jian Fang Lay was unfortunately eliminated by Austria’s Yui Hamamoto. Starting off strong with a 3-0 lead, Lay was unable to fend off Yamamoto as the Austrian found her footing and began taking over and winning in a thrilling seven setter capturing the crowd. 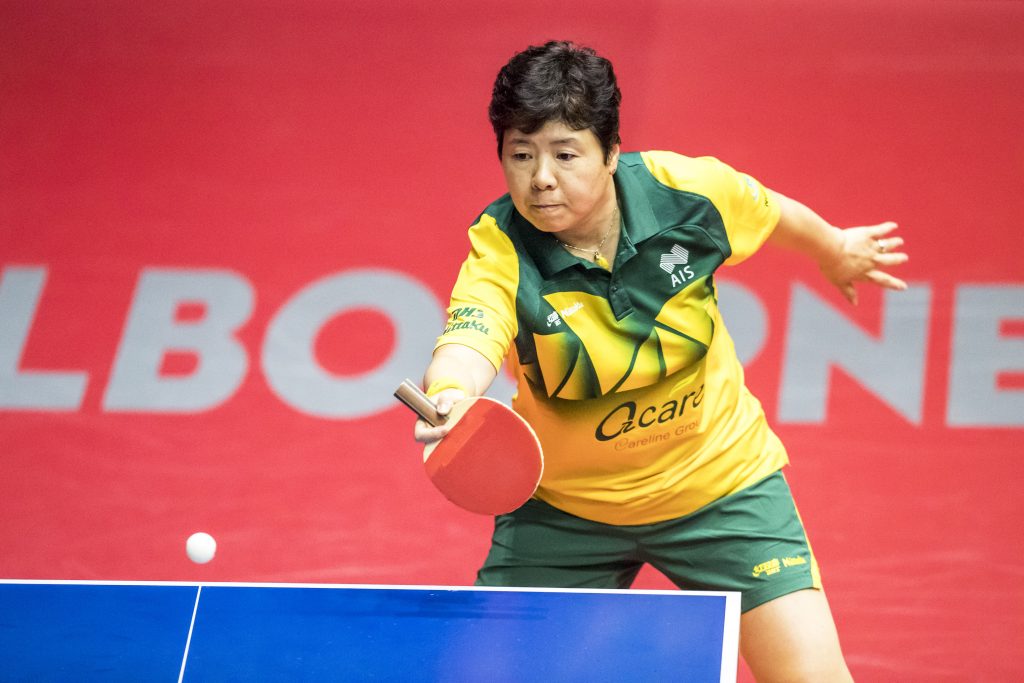 In the Mixed Doubles, Kane Townsend and Jee Minhyung paired up to overpower french pair Alexandre Robinot and Audrey Zarif in straight sets. Playing together for the first time, the dynamic duo worked together well and dismantled their opponents with ease. The local pair put up a good fight with some spectacular rallies but ultimately went down to french pair Tristan Flore and Laura Gassiner in the first round of the main draw.

Oceania players in action during the qualification rounds of the #ITTFWorldTour #2019AussieOpen ???????????????? Tickets for the main draw are going fast, don't miss out this opportunity to see the World's best make history in Geelong!

In the Women’s Doubles, Jian Fang lay and Jee Minhyung fought off Chinese Taipei’s Chen Ting-Ting and Huang Yu-Chiao in an exhilarating 5 set game. The unlikely pair who was also playing for the first time together and did even not know each other very well, made their debut in style to make the main draw where they suffered defeat at the hands of Korea’s Miyuu Kahara and Miyuu Nagasaki.

The event continues with finals for the doubles events being played on the 13th July and finals for the singles events on the 14th July. Catch the action up close and personal, get your tickets NOW!