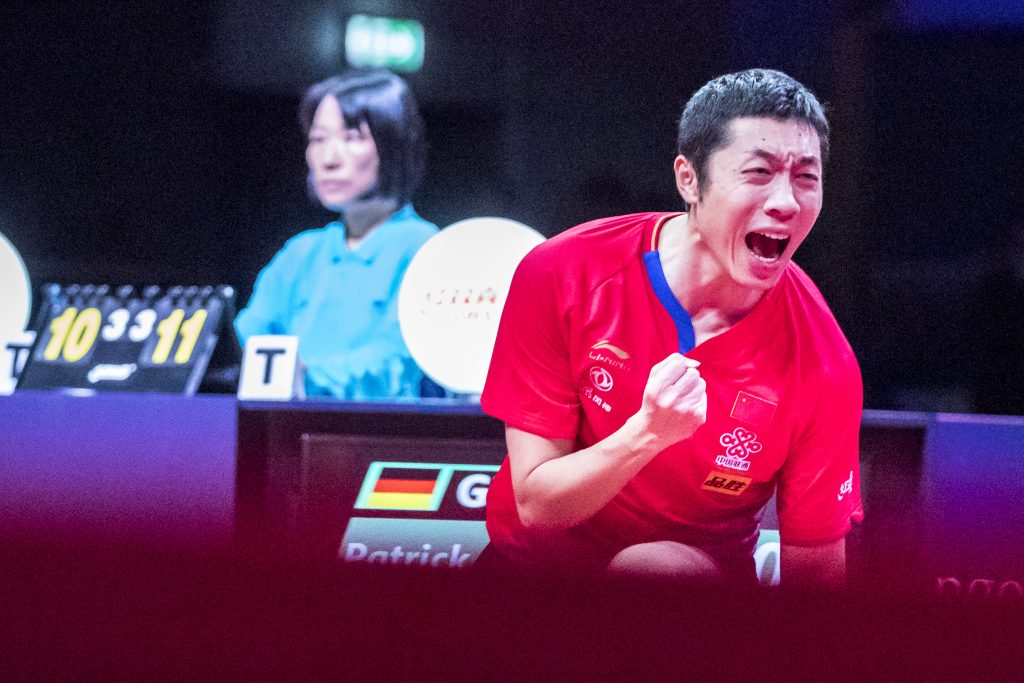 The recently held Seamaster 2019 ITTF World Tour Platinum Australian Open was a great success. The finals were played to a sell-out stadium, providing an electric atmosphere to rival some of the prevalent hotbeds of table tennis around the world.

In the Men’s Singles, Xu Xin (CHN) won the title for the second year running after successfully achieving a swift victory over Wang Chuqin (CHN). Xu is now the first-ever player in history to win the Australian Open title twice. Only having had a little over an hour to prepare after his spectacular match against Patrick Franziska (GER) in the semi-finals, which will go down as one of the most intense encounters of recent times, Xu was a man on a mission and he kept his focus to see out victory in straight games. Recently winning the Korean and Japan Open, he has now won his third consecutive men’s singles trophy on the 2019 ITTF World Tour and currently leads in the ITTF World Tour standings.

China’s young star Sun Yingsha stunned spectators beating “The Queen of Hearts” Ding Ning (CHN) for the very first time in her career. Having had to compete in the qualifications, Sun fought each step of the way to make it to the finals to beat the World No.3 and reigning Olympic Champion in straight sets, avenging her recent loss to Ding in the Korean Open. This makes it the second title for the 19-year-old on the 2019 ITTF World Tour.

“Winning the match gave me more confidence but I won’t let this cloud my ego. I will start fresh again and prepare for more competitions and take whatever chances I can get.” Sun Yingsha

Following 2018’s success, 2019’s event capitalised on the lessons learnt and delivered an even more remarkable event considering that this is only the second time ITTF-Oceania has hosted the Platinum event. Live broadcast of the main draw reached nearly 100m worldwide, a breakthrough number for table tennis in the Oceanic region. Nearly 200 of the world’s best athletes, including 9 out of the 10 top-ranked players in both the Men’s and Women’s Singles flew down under to compete in this premier event.

“With record entries and ticket sales, I believe this is the most successful Australian Open ever. The quality of the field resulted in an amazing atmosphere, especially during the sellout final night. I’d like to express a big thank you to my team and our sponsors, the Victorian Government and the City of Greater Geelong. Their support made it possible to deliver a great event.” Barry Griffiths, General manager of ITTF Oceania.

With the event scheduled to be held in Geelong for one more year, the Australian Open will certainly be looking to improve on this year’s event over the coming year as the sport grows in Australia.