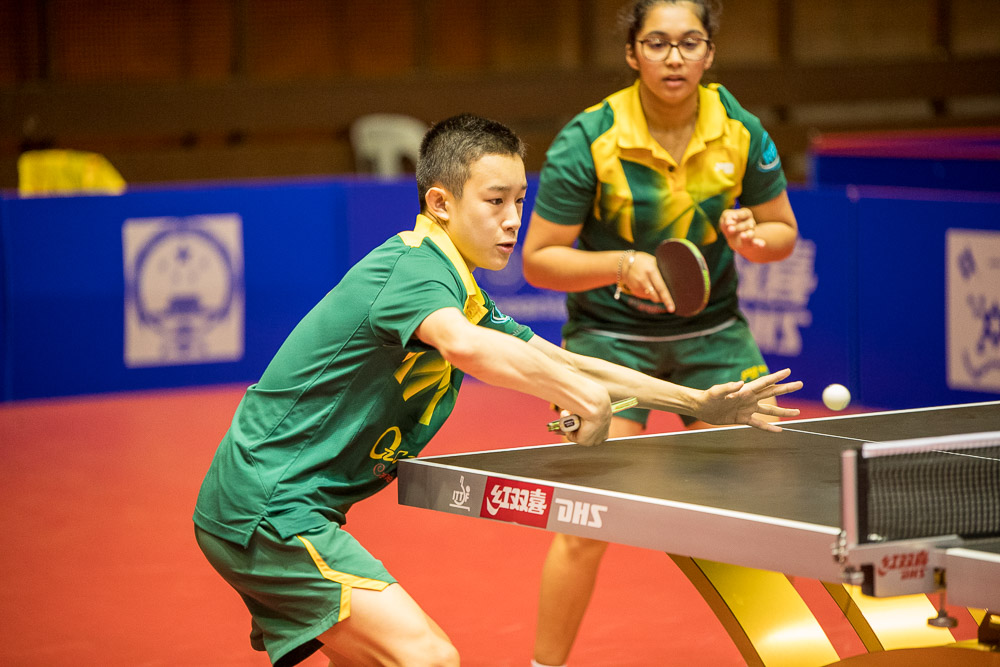 Following a spectacular performance in the team’s events, Australia has continued its golden run and claimed all 6 doubles titles at the 2019 ITTF Oceania Junior Championships.

It was an all Australian affair in the finals of the Junior Boys Doubles where Finn Luu & Nicholas Lum defeated their teammates Alex Lee and Hayden Green 3-1. It was a solid performance from Luu & Lum who had cruised through their earlier rounds without dropping a single set.

New Zealand claimed both bronze medal spots with Sang-Yong Park and Nathan Xu narrowly missing out on finals, losing to Lee and Green in a spectacular 5 setter.

In the Junior Girls Doubles, Australian pair Matilda Alexandersson and Parleen Kaur pulled off a 3-1 win over New Zealand’s Sophie Low and Jiayi Zhou. The Aussie pair worked together to overcome the chopper and attacker winning 13-11 in the last set to claim another gold to add to their collection.

Congratulations to all the winners of the Doubles Events! ???????????????? Only one day left of the ITTF Oceania Junior…

Posted by ITTF-Oceania on Friday, 9 August 2019

Finn Luu and Parleen Kaur teamed up together in the Junior Mixed Doubles against New Zealand’s Nathan Xu and Jiayi Zhou. The Aussie pair turned the tables on the New Zealanders and overcome a 0-2 deficit to bring home the gold medal. Combined Luu and Kaur have now won every gold medal in the Junior Events so far. With the singles finals coming up tomorrow, only time will tell to see if they can make it a home run.

Teaming up again in the Cadet Boys Doubles, the unstoppable pair of Luu and Lum added another gold medal to their tally by beating fellow Australians Raymond Zhang and Isaiah Lee 3-1. This now brings in 3 gold medals for Luu and 2 for Lum with singles still to go.

In the Cadet Girls Doubles, New Zealand pair Takaimaania Ngata-Henare and Minette Whitehead were looking to avenge their loss in the teams against Australian’s Charmaine Quah and Connie Psihogios. In a closely fought out battle, the New Zealanders were unable to capitalise on their 2-0 head start and ultimately the Aussies emerged victorious winning the gold medal match 3-2.

Australian’s Isaiah Lee and Connie Psihogios caused a major upset in the Cadet Mixed Doubles defeating the number 1 seed and their teammates Raymond Zhang and Charmaine Quah. With each set packed to the brim with action, the young pair fended off the attacks from their opponents to claim the title 3-1.

Only 10 years old, Connie Psihogios is representing Australia in Cadets for the first time having previously appeared in Hopes events in the past. The young Victorian has already made quite a splash winning 3 gold medals so far.

“Winning the mixed doubles was very exciting but I was very nervous as well in the game. I wasn’t sure if we could win but I really did not want to get silver so I fought really hard during the match.” Connie Psihogios 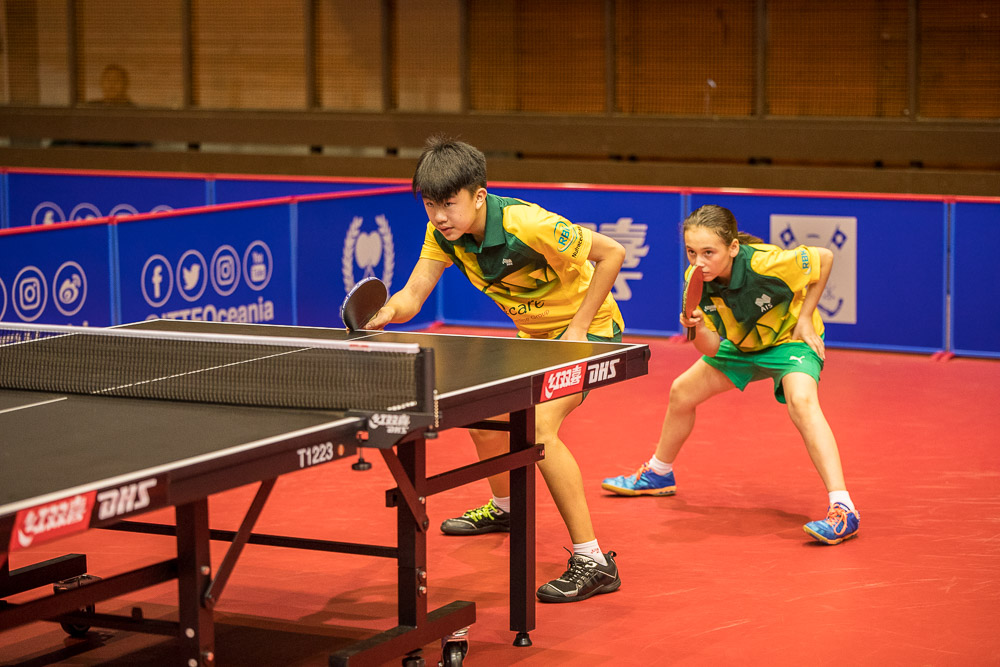 Australians Lee and Psihogios add another gold to their collection

Australian head coach John Murphy is elated about the result, in particular, the mixed doubles.

“Given the importance of mixed doubles on the World scene, Olympics, Commonwealth Games, World Tours and etc, we’ve made conscious decisions to put a high emphasis on mixed doubles with our young players so to claim gold in both cadets and juniors is great.” John Murphy

With one day left of competition and the singles finals coming up, can Australia keep up their streak and dominate the podium. Make sure you stay tuned for a thrilling day of table tennis coming up. Stay updated with results here.