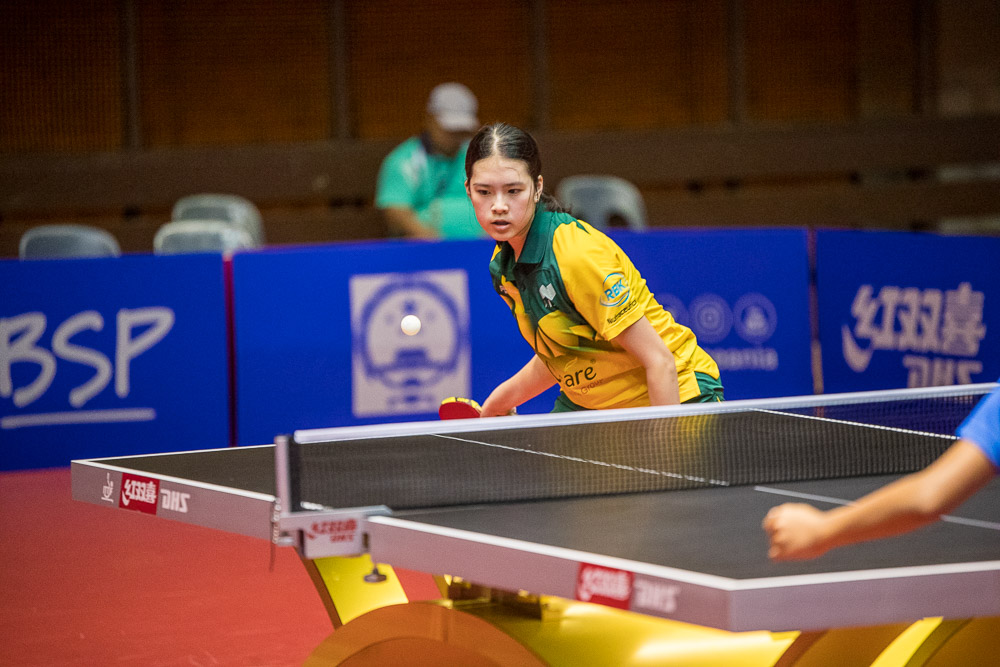 Australia’s Finn Luu and Chermaine Quah have come away with the Under 15 Singles titles at the 2019 ITTF-Oceania Junior Championships in Nuku’alofa, Tonga.

In the boy’s finals, Luu narrowly fended off teammate Nicholas Lum, winning the finals 3-2. It was an intense battle between the two Aussies, Luu started off strong with a 2-0 head start before Lum found his footing and won the next two sets. Despite Lum’s best efforts, ultimately Luu proved too strong for him and won in the deciding set 11-7.

“I’m extremely happy and grateful to everyone who has supported me in the lead up to this tournament. To win this tournament was a big goal for me this year and I am really happy to have another opportunity to play in the World Cadet Challenge. My goal this year is to medal at the WCC and winning the Oceania Championships is a good step in the right path to that goal.”

Meanwhile, in the girl’s event, Aussie Chermaine Quah defeated New Zealand’s Takaimaania Ngata-Henare 3-0. It was a solid performance from Quah who reached gold without dropping a single set. This now brings her tally to 3 gold medals (Cadet Girls Teams, Cadet Girls Doubles and Cadet Girls Singles) and a position in the Oceania team for the 2019 World Cadet Challenge.

“I’m glad that I was able to perform well and achieve a good result. I’m looking forward to competing in the World Cadet Challenge and also hoping to perform well there.”

As winners of the Cadet Singles, Luu and Quah will be joining with Team Oceania for this year’s World Cadet Challenge in Poland.