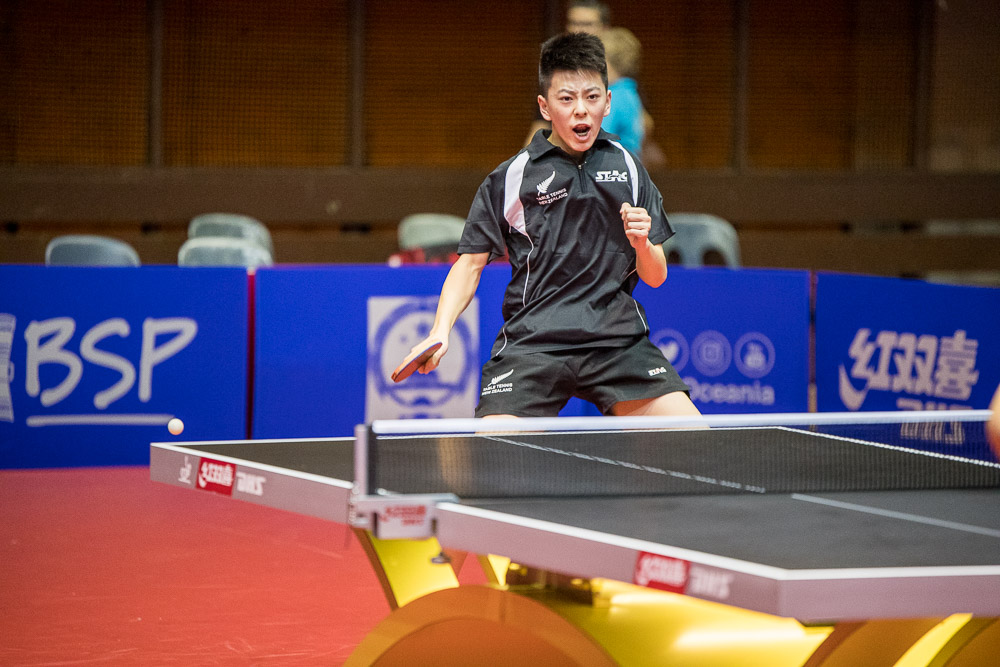 New Zealand’s Nathan Xu and Australia’s Parleen Kaur have taken the Under 18 Singles titles at the 2019 ITTF-Oceania Junior Championships in Nuku’alofa, Tonga.

In the boy’s finals, Xu fought off Australia’s Alex Lee in an exhilarating 7 set match.  Having lost to Australia in the finals of the Junior Mixed Doubles and the Junior Boys teams events, Xu was looking to avenge his earlier losses and ultimately came out victorious. The young Kiwi is the only non-Australian player to take home a gold medal this year in Tonga. Having won the Cadet Singles last year at the 2018 Oceania Junior Championships in Cook Islands, Xu now adds another title to his growing collection.

“I fought hard against a really tough opponent. I was leading 3-1 and then my opponent fought back to level the match at 3-3. I never gave up and gave it my all in the last game and I managed to pull away. I’m stoked to finally win gold for NZ at this year’s event after losing in the final of the Junior Mixed Doubles and Junior Teams events.”

Posted by ITTF-Oceania on Friday, 9 August 2019

The Junior Girls Singles final saw another New Zealand versus Australia match with Aussie Parleen Kaur defeating Kiwi chopper Jiayi Zhou 4-2 to take gold. Kaur fended off teammate Matilda Alexandersson 4-2 in the semi-finals to reach the finals and beat Zhou. Having lost to New Zealander Hui-Ling Vong in the Junior Girls finals at least year’s event in Cook Islands, this medal means all the more for the Aussie star. Kaur now leaves Tonga with an impressive 4 gold medals.

Along with the title, both Xu and Kaur will receive a $1500AUD scholarship to assist in their table tennis development.

For all results here.