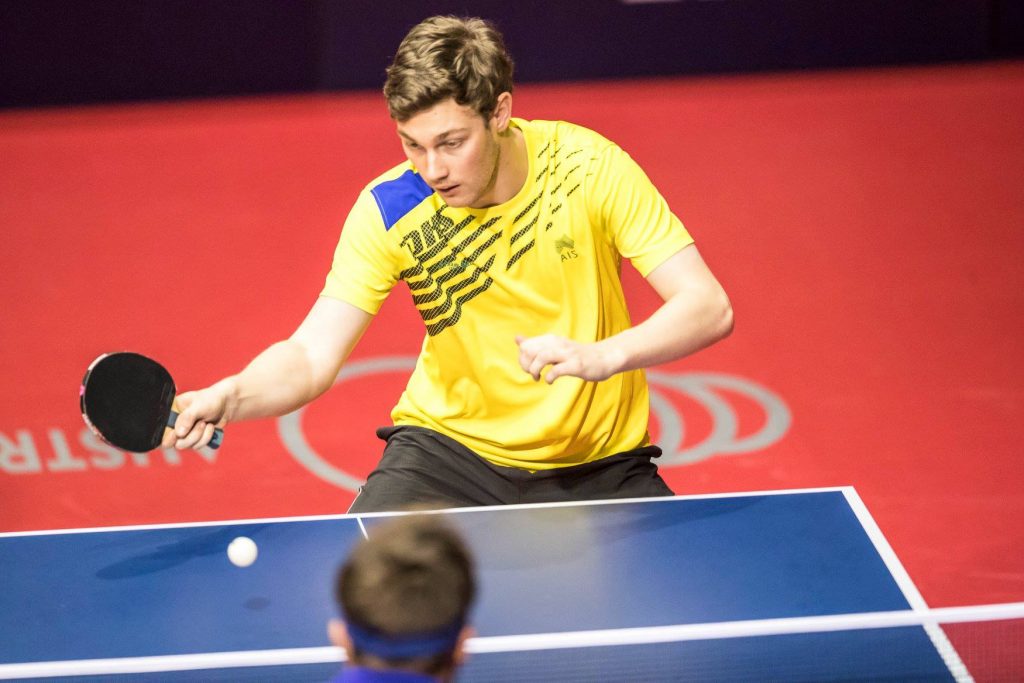 Australia’s Sam von Einem dominated at the 2019 INAS global games, held in Brisbane the 12th to the 19th of October where the World’s best class 11 players gathered down under to compete. Recently winning gold in both the Class 11 Singles and Teams events at the Japan Para Open, Sam was at the top of his form for this event.

In the Men’s Singles, Sam overcame France’s Lucas Edouard Creange in the enthralling semi-finals match. The young South Australian held his ground and defeated the World ranked no 3 in a thrilling four setter (11-3,5-11,11-8,11-5) to move onto the finals. In the finals, Sam was a man on a mission and played some of his best table tennis against Hungary’s Peter Palos who is currently world ranked no. 2. He kept his focus defeated Palos in straight sets (11-8, 13-11, 11-7) to claim gold.

Sam went on to pair up with his teammate Rory Carroll the Class 11 Mens Teams. The two Aussies defeated the number 1 seed, France with ease (2-0) in the semi-finals. They went on to meet Japan in the finals, where they put up a tough fight but were ultimately unable to claim gold, losing 2-1. The pair went on to add another medal to their haul, claiming a bronze in the Men’s Doubles.

Sam remained undefeated throughout the tournament, not dropping a single match in both the Class 11 Singles and Teams event (singles) and goes home with a gold, silver and bronze medal.  Congratulations to Sam, Rory and all other players on a very successful tournament!

Posted by ITTF-Oceania on Tuesday, 15 October 2019